Relax in southern comfort on the east bank of the Mississippi. You're just around the corner from Beale Street and Sun Records. Watch the ducks, throw back a few and tell us what's on your mind.
Post Reply
21 posts

This thread is a collection of videos which have been banned, or will eventually be banned, by YouTube for "violating YouTube's Community Guidelines." 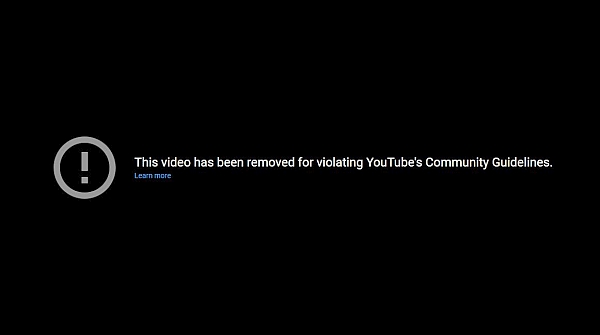 America's Frontline Doctors White Coat Summit https://youtu.be/cKbQbcInHnA (this will soon be banned by YouTube and is cached)
https://ka-electronics.com
Top


Facebook has removed a video posted by Breitbart News earlier today, which was the top-performing Facebook post in the world Monday afternoon, of a press conference in D.C. held by the group America’s Frontline Doctors and organized and sponsored by the Tea Party Patriots. The press conference featured Rep. Ralph Norman (R-SC) and frontline doctors sharing their views and opinions on coronavirus and the medical response to the pandemic. YouTube (which is owned by Google) and Twitter subsequently removed footage of the press conference as well.

The video accumulated over 17 million views during the eight hours it was hosted on Facebook, with over 185,000 concurrent viewers.

Sqaurespace has also taken down Dr. Simone Gold's website and the website for Dr. Stella Immanuel is also down.

Update 7/30/20: Dr. Simone Gold is terminated from her job for speaking out against the fraud and supporting HCQ.

Dr.Simone has rebuilt her website and has hired Lin Wood to represent her in her wrongful termination suit.

Cached before it gets sent down the internet memory hole or is edited misleadingly by the MSM...


“Are you on something right now?” an officer asks Floyd as they hoist him to his feet. “Because you’re acting erratic.”

Footage next shows Floyd being escorted across a street where he’s ordered to enter the back of a police SUV, but he resists efforts to be placed in the car, claiming he’s scared.

“I am claustrophobic, for real,” Floyd tells the officers, agreeing to enter the vehicle only if an officer stays with him.

After still refusing to enter the vehicle, the footage shows an officer go around the other side of the transport to help pull Floyd in from the other side.

Floyd begins screaming erratically as police attempt to place him in the vehicle, then kicks his way out of the other side of the car, saying, “I’m-a lay on the ground.”

The rest of the footage, showing officer Derek Chauvin kneeling on Floyd’s neck for about eight minutes until he passes out, is what the media have chosen to focus in on.

While Floyd’s death is a clear-cut tragedy, the footage demonstrates he was behaving erratically and was non-compliant with officers’ demands, suggesting he may have survived the situation had he obeyed officers’ orders, rather than struggle against their repeated efforts to place him in custody.

Essentially, the footage destroys the left’s narrative that portrayed Floyd as an innocent saint. That’s why they waited so long to release it.

I suggested several months ago that police body cam footage should be streamed live and/or published daily.

It obviously does not justify his death but nobody would do that on purpose with a body cam running.

And this body cam video was leaked...
https://ka-electronics.com
Top

Let's see how long it takes for YouTube to remove this narrative-destroying video...
https://ka-electronics.com
Top

Between the body cam footage and autopsy results revealing fentanyl intoxication and recent meth use, I could imagine a lenient court hearing for the officers were it not for the massive public outrage (trial in the court of biased public opinion). The next riot will be triggered by them not getting scalped.

JR. wrote: ↑Tue Aug 11, 2020 9:19 am Between the body cam footage and autopsy results revealing fentanyl intoxication and recent meth use, I could imagine a lenient court hearing for the officers were it not for the massive public outrage (trial in the court of biased public opinion). The next riot will be triggered by them not getting scalped.

EDIT: Another scenario for having charges dropped against the officers would be to deflect attention from indictments arising from the Durham investigation. Given the fact that we've been hearing "two weeks" since about 2017 I doubt this will happen prior to the election if ever.

Third scenario would be to have riots to deflect against a huge pedophilia bust/breakthrough.

The first scenario they control, second and third are reactionary.
https://ka-electronics.com
Top

Today, we celebrate the first glorious anniversary of the Information Purification Directives. We have created, for the first time in all history, a garden of pure ideology—where each worker may bloom, secure from the pests purveying contradictory truths. Our Unification of Thoughts is more powerful a weapon than any fleet or army on earth. We are one people, with one will, one resolve, one cause. Our enemies shall talk themselves to death, and we will bury them with their own confusion. We shall prevail! 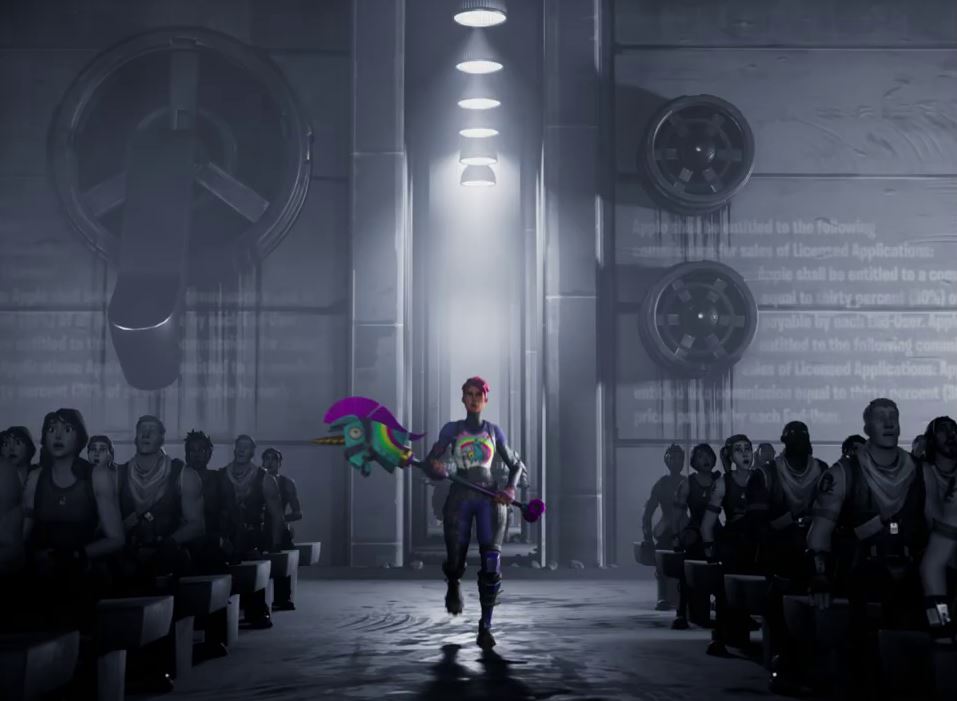 FORTNITE creator Epic Games launched a spear at Apple’s gatekept iOS App Store market today with a lawsuit filed in the US District Court of Northern California. The move aligns with the developer’s years-long quest to disrupt digital marketplaces and their associated fees—and comes as Apple has faced increased antitrust scrutiny on Capitol Hill.

Alleging that Apple’s grip over the iOS market is “unreasonable and unlawful,” Epic Games seeks to force access to more apps and payment processing options on iOS. The lawsuit came just moments after Apple removed Fortnite from its iOS store for instituting an in-app payment system that let users circumvent Apple altogether, a violation of App Store guidelines.

“Apple’s removal of Fortnite is yet another example of Apple flexing its enormous power in order to impose unreasonable restraints and unlawfully maintain its 100 percent monopoly over the iOS in-app payment processing market,” said an Epic Games representative.

Apple, and now Google, have removed Fortnite from the App and Play Stores.
Apple and Google have achieved Information Purification Directives.

Epic Games brought this upon themselves in order to make their point while Apple, 36 years later, has become what it railed against in the original 1984 ad.