The last film I watched from beginning to end was a DVD I had taken down to a friend's house a couple of blocks away.
He has a combination outdoor amphitheater, sculpture garden and Airstream parking space with a big screen and nice sound.
We burnt cedar in the fire pit that cold October night and watched Koyaanisqatsi.
https://www.youtube.com/watch?v=i4MXPIpj5sA

“As many of you know, the crowdfunding site Patreon has banned several prominent content creators from its platform. While the company insists that each was in violation of its terms of service, these recent expulsions seems more readily explained by political bias,” declared Harris in a statement this week. “Although I don’t share the politics of the banned members, I consider it no longer tenable to expose any part of my podcast funding to the whims of Patreon’s ‘Trust and Safety’ committee. I will be deleting my Patreon account tomorrow.”

I suspect this is nothing new, only now being talked about, but not by mass media.

This really began in earnest in August 2018.

The marketplace is dealing with Patreon which is the way it should be.
Facebook and Twitter may not be too far behind.

Having uBlock Origin I don't see AdChoices ads but if the quality of those "targeted" ads are declining the marketplace may be "speaking" to Google too which is a good thing.
Google is a few years/months behind seeing the "benefits" of going "full NFL self-destruct" but they'll eventually get the message.
https://ka-electronics.com
Top

I think the rumblings of dissent have been going on for a few years. I never subscribed to 'free' services where I was the product and was amazed when advertising dollars were being thrown at the internet with no real due diligence being done on the returns. I have a feeling that a perfect storm has come along as advertisers had realised that the emperor had no clothes on but no one wanted to be the first to blink and admit they had been wasting money (or clients money) and the Cambridge Analytica scandal had given them an excuse to change their spending habits.

Even if CA were actually Bull****ting about their abilities finally the sheeple realised that creepy things might be happening based on their online posts, which is a good thing. And the incompetents riding the gravy train are paniced and making stupid decisions including censoring when that is not their role. The dust may just settle and things continue but I live in hope that this is the beginning of change.

Of course there is the giant problem of who will pay for things without the ad money. A lot of people seem to expect everything for free. Whichever way going to be an interesting ride over the next 12 months or so.
Top

According to Mercury News, which cited a recent lawsuit from shareholder James Martin, “Alphabet’s board of directors cost the firm billions of dollars by covering up sexual abuse by senior executives and paying them millions as they were quietly ousted.”

Martin is reportedly suing Alphabet’s board of directors over the loss, which came from the company’s stock plummeting during the “fallout” of the scandal.

“A worldwide walkout in November by thousands of Google employees, in response to revelations in the New York Times about Rubin’s alleged golden parachute, cost Google hundreds of millions of dollars beyond the executives’ payouts,” Mercury News reported. “And fallout from the purported scandal led to billions of dollars in losses to Alphabet’s value in the stock market, lawyer Frank Bottini said at a press conference in San Francisco.”

I just learned of a new tool to restore market forces to Google.

With Google's CIA and Deep State funding drying up due to crackdowns on drug smuggling, human trafficking and disruption of pedophilia rings, Google is losing its financial backstop. They hate POTUS, "the new sheriff in town," for good reasons. In fact things aren't going so well for Satan right now: https://www.zerohedge.com/news/2019-02- ... skyrockets I love that CapEx chart. Warms my heart that Google is having to "pay up" its actual costs.

What an ideal time for me to find AdNauseam. Any tool that I can use to f**k Google over in the marketplace is a tool for me. https://adnauseam.io/

AdNauseam is an ad blocker browser extension similar to uBlockOrigin. uBlock is excellent. With uBlock I don't see ads so I have no idea what most pages look like with them.

What makes AdNauseam different is that it not only blocks the ads, it clicks on them driving up advertiser cost without advertiser benefit. In the short-term Google benefits but over time the advertiser will figure out Google is not producing closed leads from those clicks. Eventually, like Procter and Gamble, advertisers will figure out what a scam Google and Facebook are.

AdNauseam puts the ads it clicked on in a vault: AdNauseam also estimates the total advertiser cost of your clicks. In this case it was $6.32.

We are in a cultural civil war based not on a left/right Republican/Democrat white/black Christian/Muslim heterosexual/homosexual male/female paradigm. (Apologies to any "group" I left out.)

This is a war of good versus evil. Light versus darkness.

I'm going to create a folder of links of sites which I consider to be deep state propaganda. This will be a large folder mostly full of MSM and other S*r^s-funded sites that go along with the baby organ-harvesting, mass censorship, financial blacklisting and fake news agendas. It will be a "who's who" of reality-inverted gaslighting bullshit links list.

I'll write a script to go in everyday, open all tabs, and vault the ads.

I just went in and visited CNN: This is fun!
I've got the CNN page on auto-refresh.
https://ka-electronics.com
Top 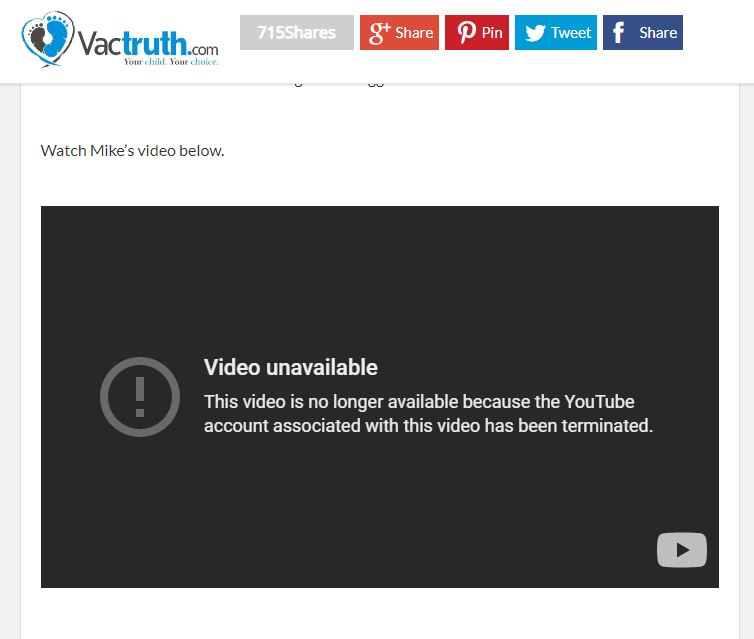 They tell us what they are afraid of by what they censor.
https://ka-electronics.com
Top

Characterizing people holding opposing viewpoints as "evil" is an old political strategy to shut down debate and thoughtful discussion (evil people don't deserve to be heard).

I got tired of being called racist for 8 years, now I am called a white supremacist... already old.

Life is short, and there is plenty of truly evil people out there (like thousands of radical militant extremists held captive in the middle east with no nations willing to accept them as prisoners).