This is where we talk about testing, measuring and repairing things. Sometimes we have to repair the equipment we use to test, measure and repair other things. It's an endless cycle of fixing the broken things we need to fix other broken things.
Post Reply
2 posts • Page 1 of 1

There are some interesting circuit tricks in the AP System One front end. 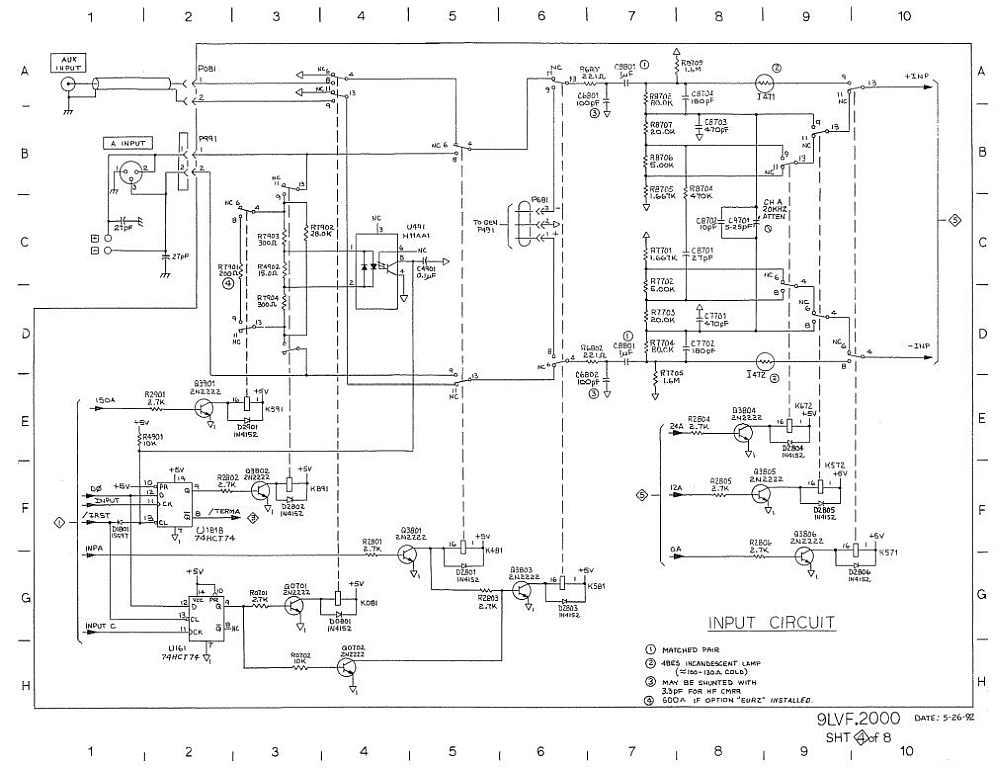 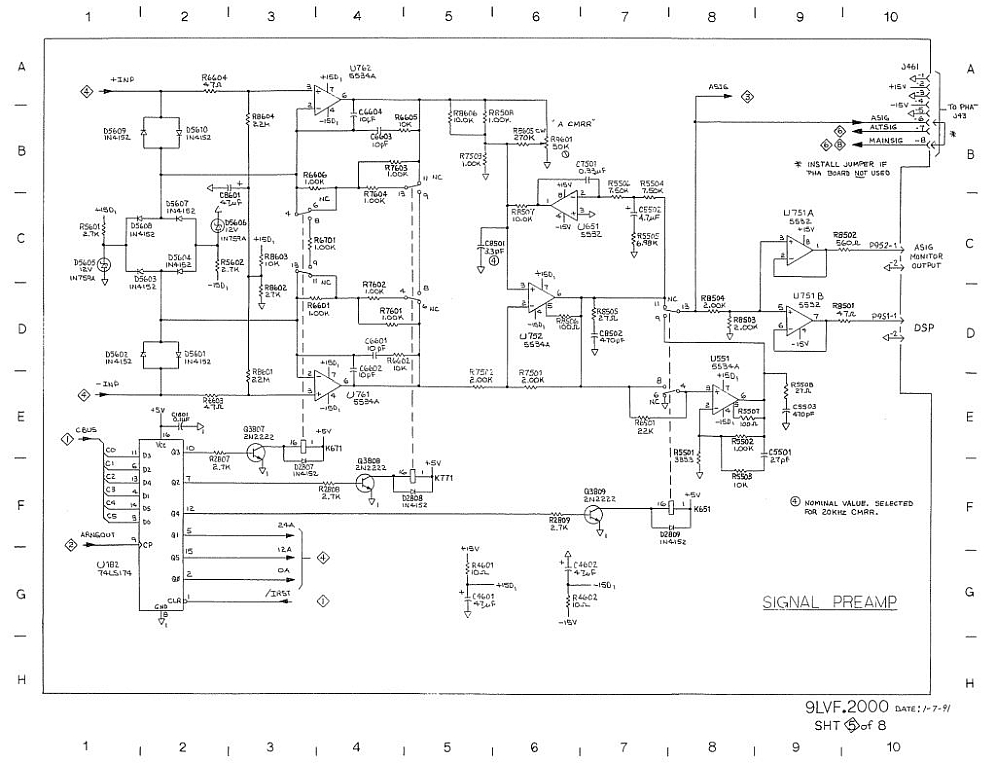 Of particular interest at the moment is the "bias current assistance" role of R8601 and R8604.

When the attenuator is off, the 22MΩ and 100KΩ voltage divider network biases the NE5534 inputs to approximately +50mV...
Or does it?

Add the NE5534 back into the picture.
An NE5534 has NPN inputs and it's bias current pulls the bias resistors slightly negative.
It's sinking current into its inputs.
What this network does is provide crude "bias current assistance" for the NE5534s.

By biasing the inputs in an opposite polarity, some, if not most, of the bias current is cancelled.

For this approach to work assumptions about what the bias current is have to be made.
The NE5534 has a published bias current specification of 500 nA typical (1500 nA max) at room temp.

In the AP, the amount of correction voltage is lowered as the attenuator is engaged but the current remains constant at 500 nA.

This is not "bias current compensation" by any means but it does provide the bulk of the required bias current and reduces the Ib * Rbias error significantly.

Its a nice trick and one that has obviously stood the test of time.
https://ka-electronics.com
Top

Re: AP System One Front End

OK, not many persons got this. Bruce spent lots of time correcting several small errors that make small improvements that give the total system performance. There are others tricks and when another Mfg copied the special tricks this stopped all schematics/service information being released. The System Two and beyond have no detailed service info.
Duke
Top
Post Reply
2 posts • Page 1 of 1