by mediatechnology
I've been meaning to post this for a long, long time...

It's a DTMF-controlled radio that back-hauls audio through telephone lines cirrca 1993. I used to have a network of these scattered across the country.

A modified Radio Shack STA-300 serves as the basic receiver.

This is the telephone interface: 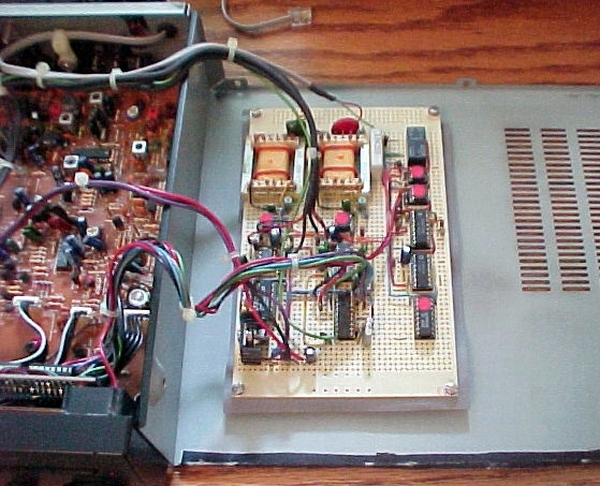 By decoding DTMF tones and placing opto isolators across the keyswitches the front panel can be remotely controlled. 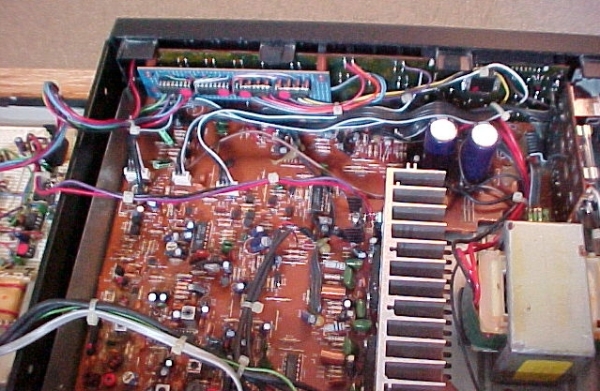 This is the transmit/receive filter. Audio from the radio feeds the telephone hybrid. Incoming DTMF tones are split in the hybrid and filtered prior to DTMF decoding. 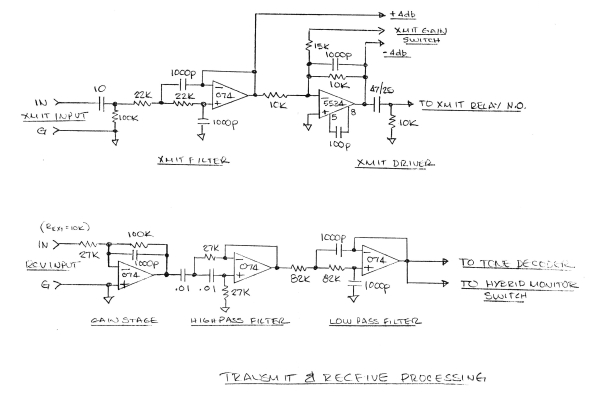 A pair of Prem SPT-183 transformers are used to split incoming and outgoing audio. Also shown are the ring detector front-end and the line seize relay. 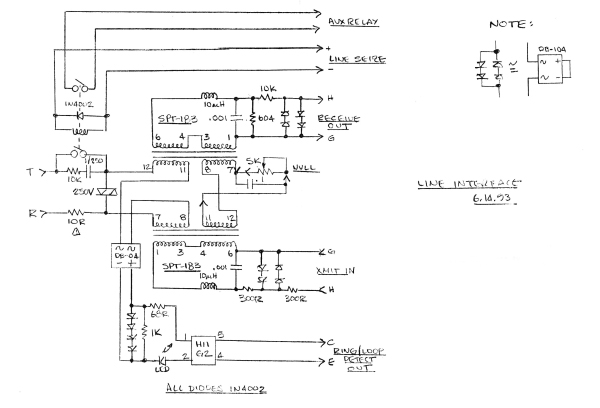 Auto answer logic seizes the line and releases it on hang-up. I "borrowed" this from Gentner. 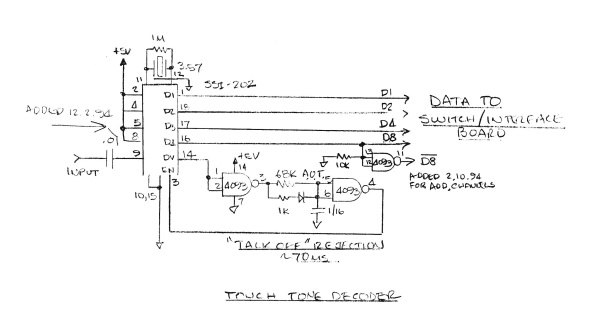 The DTMF is decoded and drives opto isolators. 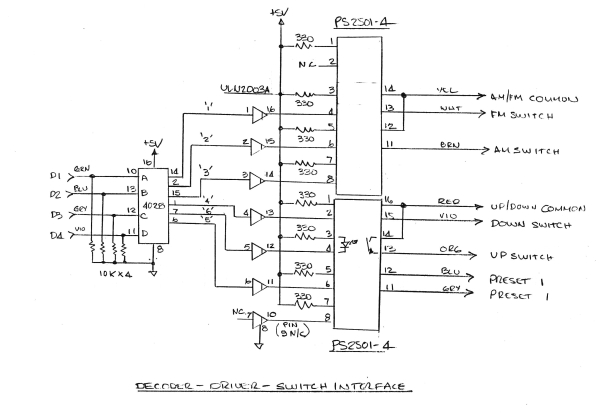 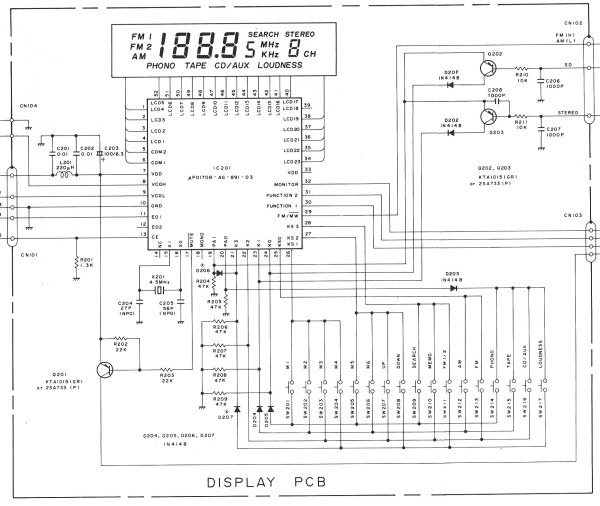 This little baby has apparently made me a "prominent" celebrity (outlaw?) in the Second Circuit Court of Appeals and now the US Supreme Court.

by emrr
This makes me positively giddy.

by mediatechnology
Thanks, it's great for IFBs Doug.

by Gold
Ummm, what does it do? Or why would you need to remote control a radio receiver?

Remember that this existed in the early internet era in which dial-up speeds were 14.4 - 28.8 kb/sec. Streaming audio was in its early infancy with Mark Cuban of AudioNet just beginning to do it point-to-point to back haul basketball games for his own use. Now, he owns a team.

By making all radio stations in a market available through the phone lines broadcast consultants and group owners didn't have to fly to cities, check into hotels, and roll cassettes to check stuff. The receiver performs "place-shifting." It's a SlingBox.

SESAC for example used the service to detect airplay of material it licensed. It would go to a radio station seeking licensing fees and the station would deny airplay of their material. Out came a cassette of them playing SESAC material - obtained via the receiver - and the option of paying the fee or enforcement action became apparent to the GM very quickly.

Premiere Radio Networks used it to monitor music airplay for the MediaBase product.

The President of CBS Radio Networks used it to monitor his own group stations from Maryland. Need to hear KNX in Los Angeles? No problem. How much "spot load" in AM drive does the competition have? 20 min/hour? Find out...

An Urban Network's group Program Director used it to locate talent in other markets. He could listen to potential AM drive-time talent as they actually sounded. He knew the airchecks they sent would always be their best stuff. How did they perform on an average day? Listen to them live.

The Associated Press used it to obtain actualities and provided the genesis for the original idea.

One consultant used the service to check to see if his clients were acting upon his instructions. He also used it to scope for new clients.

A Better Way of Learning company, aka "The Phonics Game," sponsored a lot of "live reads." They used it to check how the hosts they hired performed and where to find new ones.

One fundamental question any advertiser has is "did my spot actually run?" "Did it run in the correct (more expensive) daypart?" If you're the advertiser don't trust your agency to get to the truth: Their commission is based on spots actually running. Agencies don't really want to know if the client is getting their money's worth.

The uses for this were - and still are - many.

by Gold
Ah, well there you go. Thanks Wayne. I don't know much about the broadcast world.

by mediatechnology
There are a couple of circuits we can take from this.

One is the telephone hybrid which is still pretty useful. This one had a very good trans-hybrid (send/receive) isolation.

Another is the "slick trick" of paralleling opto-isolators (or relays) across front panel switches to provide remote control. I did a bunch of tape machine/console/synchronizer interface using that same technique. If there's a row/column scanned pushbutton in a box the opto fits the bill to actuate it.

On this page you can listen to and control a short-wave receiver located at the amateur radio club ETGD at the University of Twente. In contrast to other web-controlled receivers, this receiver can be tuned by multiple users simultaneously, thanks to the use of Software-Defined Radio.

This site, which in 2008 was the very first WebSDR site ever, was finally reactivated in July 2012 after an interruption of more than 1.5 years; read also the old news since then.