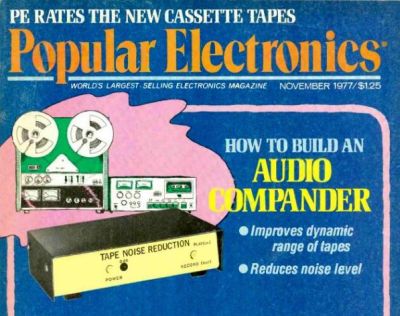 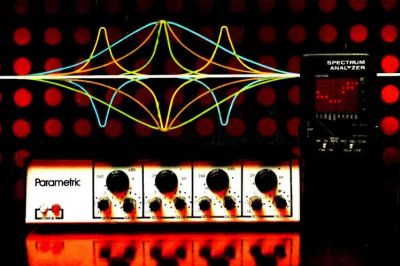 For John Roberts (and anyone else for that matter): Did you know John Simonton, founder and Prez of Paia Electronics? Lots of his kit projects ended up in Poptronics.

Brian - I do remember PAIA very well and looked forward to getting their catalogs as a kid. They flourished in the same golden age as Southwest Technical Products. A thread about John Simonton, PAIA and your recollections would be very welcome.

I recently rediscovered some hand-written notes about reverb from the co-founder of MicMix, Bill Hall. I'm planning on posting them here soon because I think they have historical value. We have quite a few historical recollections of people:

JR posted his Dad's notebook. This was a fascinating journey into the early days (1932) of remote location recording: http://www.proaudiodesignforum.com/foru ... f=12&t=168

I see this runs in the family JR...

I have a hand drawn schematic by Al Burdick of the Benchmark Mic Preamp that Al gave to me when I visited him in his garage: http://www.proaudiodesignforum.com/foru ... ?f=6&t=107

Al used pink paper because it was on sale.

Joe will be, or is, a historical figure in the world of location recording, circuit design and engineering.
"Praise the Lord, press record" was pure Joe Neil.
https://ka-electronics.com

brianroth wrote: ↑
Sun Dec 09, 2018 7:53 pm
For John Roberts (and anyone else for that matter): Did you know John Simonton, founder and Prez of Paia Electronics? Lots of his kit projects ended up in Poptronics.

I'm afraid I got to know John all too well in the 80s-90s when he did a joint venture with Peavey.

John had done some work with using SMPTE time code to lock up inexpensive tape machines. He came to Peavey with a proposal to take that working (cough) technology and amp it up with midi control hooks providing an inexpensive SMPTE machine controller with midi program changes and multiple midi control bells and whistles... This (SyncController) was a beautiful system on paper and cheap for what it was, priced around $999 IIRC, at time when SMPTE machine control were several times more expensive.

My task was to be the inside man to execute John's outside design into a producible finished good.

(It makes me a little queasy now just looking at that picture.)

Long story short, and I don't want to speak ill of the dead (RIP), but the design never lived up to it's promise, even after years of trade shows with many units sold and in the field. At the time I was just an analog guy, which made supporting digital hardware less than easy. It was based on 6511AQ a pretty powerful microprocessor for back then (I think one of the early apple computers used that processor).

One brief anecdote that also talks about things inside Peavey. I was trying to get the first cut of hardware to boot up (from John's schematic), without success. I even carried it to the Digital Design Group inside Peavey (not exactly friendly territory) and begged with hat in hand for their help. Their top digital engineer spent a while on the bench and gave it back to me still not working. As often I found myself in the deep end of the digital pool trying to learn how to swim. After a few days of trial and error, I finally got it working. I had to add a logic gate delay here and there to get the handshake timing correct so processor could read the PROM program and boot up.

That was just the beginning of years of serial disappointments associated with that project and me being the in house recipient of customer/dealer/rep complaints. The software was never satisfactory after years of tweaking. I kept one technician busy almost full time just checking out that software... It had a ton of features and every one had to work properly for final approval. What was supposed to be a one-time final check out to approve the software never ended. Every time John fixed one reported bug that we found in that "final" check out, he would cause another different bug. I never did get to sign off on finished software after years of back and forth tweaking.

I recall one status meeting in Meridian late in the program where John had the balls to blame me and Peavey for his lack of success. In effect he was using our final acceptance check out process, over and over, to debug his undisciplined code writing.

Now years later with coding experience of my own I can speculate better about what was and wasn't going on but I will stop now before saying something mean. It was a painful experience for all involved. I can't imagine how much money and market good will Peavey lost from that adventure. John surely invested a lot of time too (but not on debugging his own code).

PS: Sorry John was probably a cool guy but circumstances made him a huge pain in my a**, I have the scars.

It's nice to be nice.
Top

John....wow, sorry to hear about your bad experience with Simonton!

No worries, now decades later it's just another chapter in a thick book...

Like I said he was probably a cool guy, just over his head in a project that I ended up taking the (public) punishment for poor results. I suspect he was also disappointed by the lack of his own personal reward for effort expended.

Did I miss any of the Popular Electronics articles?
https://ka-electronics.com

I am now reluctant to post comments/memories re. Paia after reading JR's sad experiences with Simonton.

No go ahead... I am finished venting for now.. I didn't mean to rain on your parade, we just had some history.

IIRC there was one other popular electronics kit, a simple add on switched 2 pole active HPF/LPF board. Don't ask me to remember which year it was, probably early 80s. As I recall I shipped it with multiple sets of resistors so the customer could set different pole frequencies.

My Phono Preamp kit to end all phono preamps (P100) was published in TAA.

Some of those later kits were over-engineered but I rolled that way.

JR
It's nice to be nice.
Top
Post Reply
12 posts