Relax in southern comfort on the east bank of the Mississippi. You're just around the corner from Beale Street and Sun Records. Watch the ducks, throw back a few and tell us what's on your mind.
Post Reply
3 posts • Page 1 of 1


Equally ominous is Facebook’s decision to dispense with the concept of “innocent until proven guilty” that forms the core of the US legal system (Facebook is based in Menlo Park, California, and at least theoretically subject to US laws). Individuals need only be accused in the media of violent crimes and sexual offenses to become fair game for death threats – not convicted in court. For a company that claims to take the threat of “fake news” very seriously, Facebook is surprisingly cavalier about the potential for media misinformation to lead to violence. 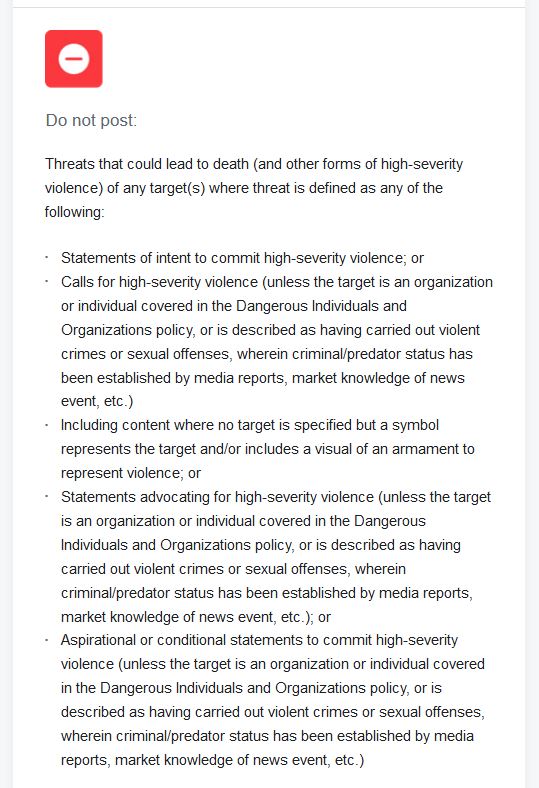 The Left is going for full-on violence. Buckle up.
https://ka-electronics.com

Its more pervasive than just FB...

The #metoo generation snowflakes that shut down all dialog exposing differences of opinion are sticking a cork in the social pressure cooker not allowing healthy release through constructive debate/discission.

Antifa with bricks and sticks is the natural result of all this pent up enmity.

Within about three hours of posting this screen capture the miserable pieces of shit known as Facebook were forced to scrub it.

At least we know how they feel about us... 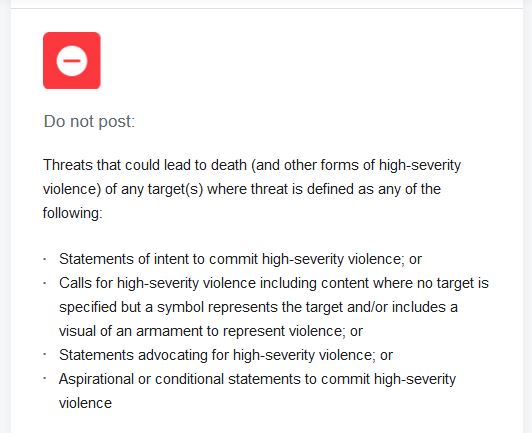